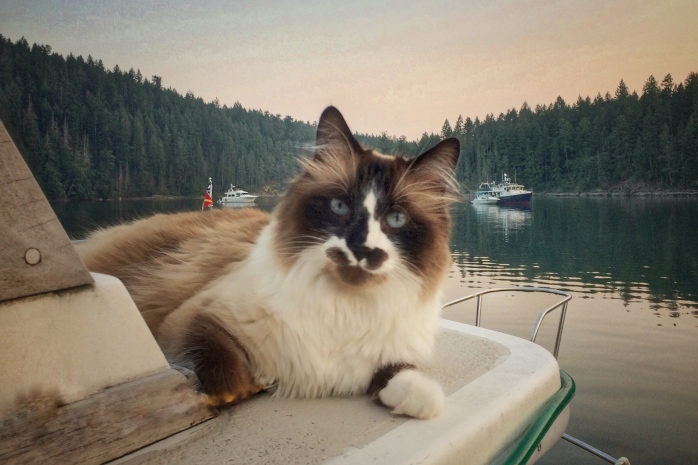 Meowee furiends, it’s Sunday Selfie again already. We haven’t had very good internet connection for the last week so apawlogies that I’m a bit behind in my posts.

Day 5 and 6 of our cruise in Grace Harbour was very relaxing. The humans all brought out their inflatable air bags of various sizes and shapes to float around and play on the water all day. Silly humans. They told me the water was a cool but very swim-able temperature of about 68 F in case I wanted to fall in again. Meow, Meow, very funny. What the humans didn’t think was so funny was that they forgot to bring their inflatable kayaks. Now they can’t check off “kayaking” on the Canada ParticipAction 150 Playlist. Kayaking is #82. I think that’s what is called reverse karma from when they laughed at me for falling in the water.

If you didn’t know, Canada turned 150 this year and put out a list of 150 activities as voted on by half a million Canadians. My human figured it included a lot of activities all the humans could do while on the cruise and for incentive, the human who manages to do the most number of activities on the list, will win a prize. Guess what, “Geocaching” is #39! She also has a prize for the human who finds the most geocaches. 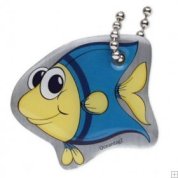 On Day 6, my humans took a few of the other humans to teach them more about geocaching and find one in Grace Harbour called Grace Land. They had success, but she couldn’t remember exactly where it was and she took awhile getting re-acquainted with operating the Garmin GPS unit, so they almost gave up. However, it was found and everyone signed the log book which was the first entry in 2017, and then hid it back where they found it. I watched them across the bay, but my fish trackable was there to supervise. I think in a future post we need to give him a name.

We are joining THE CAT ON MY HEAD for Sunday Selfies.Click here to see more selfies, and join the fun!

7 thoughts on “Geocaching in Grace Harbour”

Princess on a mission